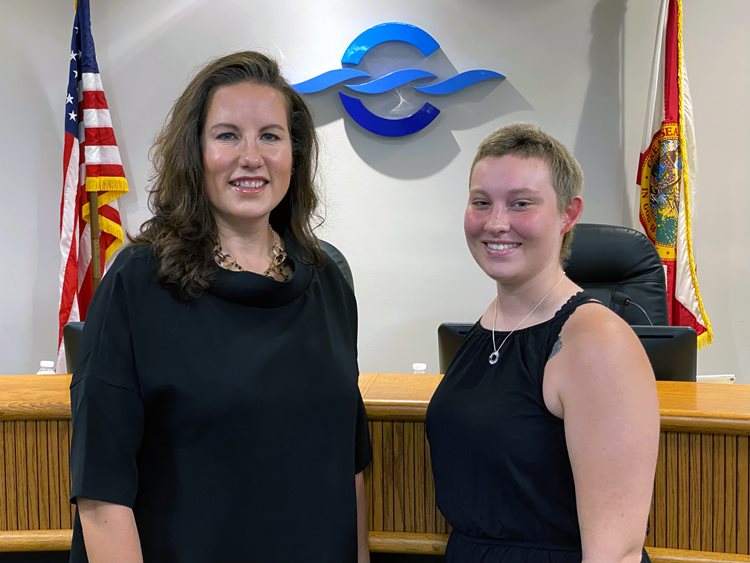 At the August meeting of the Canaveral Port Authority Board of Commissioners, Port Commissioner Robyn Hattaway announced the appointment of Rockledge High School graduate Jessica Maxwell as Port Ambassador to serve as Commissioner Hattaway’s delegate in the port community.

“As stewards of the Port, we need to be looking to our future workforce and prepare the next generation to lead,” said Commissioner Hattaway. “Jessica is excited to learn and share our vision with her generation. I hope you will join me in welcoming her to her new role as Port Ambassador.”

Each Canaveral Port Authority Commissioner may appoint up to two individuals to serve as a Commissioner’s representative in the port community. Jessica is Commissioner Hattaway’s first Port Ambassador appointment, and at age 18 is the youngest person to serve as a delegate for the CPA Board of Commissioners. Port Ambassadors engage the community to promote greater understanding of Port Canaveral’s role in the region, while increasing public awareness and understanding of the Canaveral Port Authority’s strategic plans.

As Port Ambassador, Jessica will assist Commissioner Hattaway with the Port’s Junior Port Ambassador program to share her knowledge from the HELM program, aiming to build relationships and increase public awareness and support for the Port’s key activities among young people in the community.

As a student at Rockledge High School, Jessica participated in the school’s Helping Educate Leaders in Maritime (HELM) program. She also served as Battalion Commander for the Rockledge High School ROTC. An active equestrian, Jessica’s post-graduation plan to enlist in the U.S. Navy was derailed after a horse-riding accident revealed she suffered from osteosarcoma, a bone cancer that resulted in the loss of one arm before the year was out.