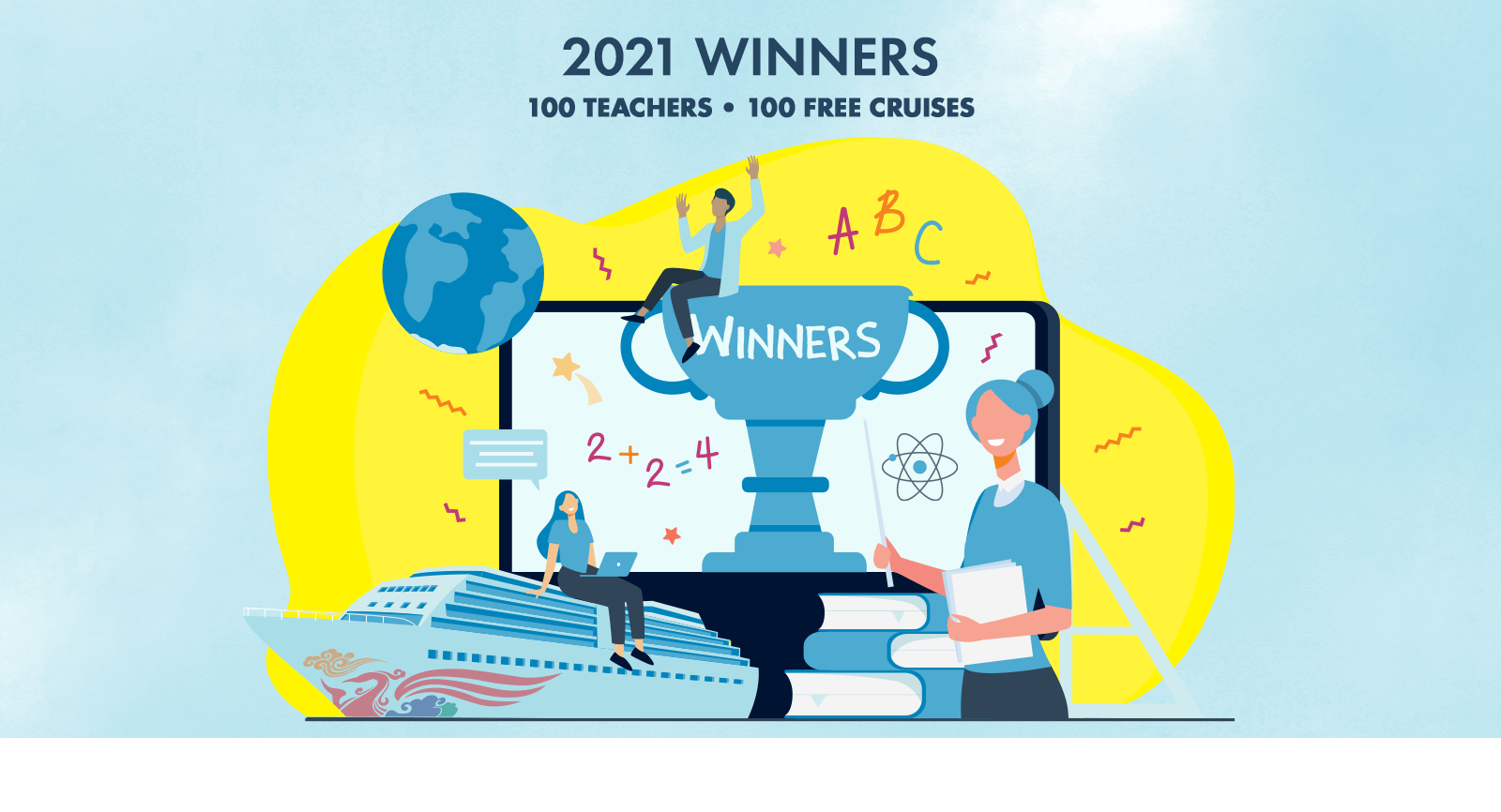 Norwegian Cruise Line (NCL) awarded 100 free cruises to 100 teachers across the U.S. and Canada, as well as thousands of dollars to the schools of the top three Grand Prize winners as part of the Norwegian’s Giving Joy™ campaign.

The month-long campaign, which launched during National Teacher Appreciation Week (May 3 – 7, 2021), recognized deserving educators for their unwavering commitment to bringing joy to the classroom. To celebrate these incredible individuals, and their often-times undervalued profession, as well as kick off the start to a new school year, Norwegian Cruise Line hosted a livestream awards celebration hosted by teenage entrepreneur Mikaila Ulmer, founder and CEO of Me and the Bees Lemonade.

Ulmer is also the founder of Healthy Hive Foundation, which further educates the public and supports the mission of protecting bees and the important role they play in the world’s ecosystem. Her tenacious pursuit of knowledge, curiosity and enterprising attitude has also driven her to pursue her literary career, launching her first book “Bee Fearless, Dream Like A Kid.” She has also been invited to speak at prestigious gatherings including the United State of Women Summit where she introduced former U.S. President Barack Obama.

During the 45-minute virtual awards event, Ulmer highlighted the important role teachers around the world play in the lives of their students and communities and reinforced the power of travel and exploration as an immersive means of education. The 2019 Giving Joy winners made a special appearance, delivering congratulatory messages to the 2021 award recipients and welcomed them into the NCL Giving Joy family. Viewers were also treated to special performances by “The Choir of Man” cast aboard Norwegian Encore, the Company’s newest innovative ship currently sailing to Alaska. To conclude the ceremony, Ulmer, unveiled the top three Grand Prize winners who received the most votes, awarding them with donations for their schools.

The Grand Prize winners are:

“What better time to honor these dedicated educators than at the start of a new school year,” said Harry Sommer, president and chief executive officer of Norwegian Cruise Line. “Last year was an incredibly challenging time for so many, especially teachers, who hold such a significant role in our communities. We are proud to host this campaign for the second year and to award these education heroes with a well-deserved vacation. And a special congratulations to the Grand Prize winners Shyam, David and Ashley.”

Thakker was surprised with an additional $10,000 from PepsiCo Beverages North America and two roundtrip air tickets from Pleasant Holidays, both Cruise Line partners who were inspired by the Norwegian’s Giving Joy campaign. Costco Travel also donated gift cards to all 100 award recipients.

All Norwegian’s Giving Joy campaign honorees received a free week-long cruise, which they have until the summer of 2023 to enjoy.

The Company recently restarted its cruise operations on July 25, 2021, following a more than 500-day suspension, with Norwegian Jade launching seven-day itineraries to the Greek Isles. On Sunday, Aug. 15, 2021, Norwegian Gem became the first ship in the fleet to resume operations from Miami and set sail from the new Norwegian Cruise Line Terminal at PortMiami. Through October, the ship will offer a selection of week-long voyages to the Caribbean and four-day cruises to the Bahamas.

To watch the Norwegian’s Giving Joy Awards Celebration, visit www.ncl.com/newsroom and to learn more about the 100 winners and their heart-warming stories, click here.