Cruise: The Islands Of Tahiti Is Positionned In Favor Of Ships Of Small And Medium Capacity 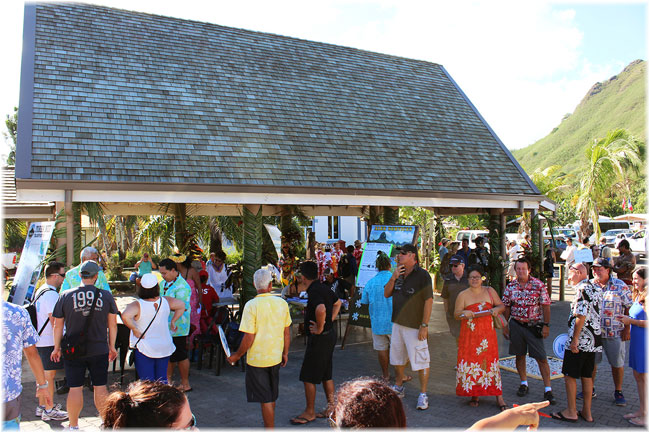 After more than ten years of structuring, “The Islands of Tahiti” (the marketing destination brand of French Polynesia in charge of the Tahiti Tourisme) has been able to conquer market shares and a respected influence, through a regional vision, in collaboration with eight island states and territories of the South Pacific, in close collaboration with the New Zealand, then Australia, and finally, Hawaii.

The destination reached and sustained a peak in 2016 of a thousand annual calls, maintaining an average number of less than 500 passengers per call.

Nearly thirty islands in the five archipelagos are involved each year, while about fifteen of them can base their tourism development on this regular flow of activity.

Over the past 10 years, we have also doubled the number of turnaround cruises. In 2019, cruises represented a quarter of the economic revenue linked to tourism (more than XPF 17 billion), and a third of our visitors (60,000 excursionists + 40,000 cruise passengers).

Thus, we welcomed turnarounds not only from companies such as Paul Gauguin Cruises, Aranui and Windstar, but also Ponant, Lindblad Expeditions, Oceania, Holland America Line, Princess Cruises, Silversea, and many others. French Polynesia has succeeded in becoming a credible and well-roundeddestination, with a stable and controlled development model.

The Covid crisis has had a strong impact on the cruise industry being the first tourism sector to have been banned from operating all over the world (in Polynesia from March 11, 2020), it is also one of the last to be able to resume, despite colossal efforts and protocols successfully implemented in all navigation basins.

Fully aware that turnarounds strongly condition our ability to resume international air links and our tourism industry, the Government will support the recovery of the tourism economy to this end.

This support is also reflected in the will of our public authorities, with regard to overseeing call itineraries; and also to regulate visitation flow in the islands based on the infrastructure and services available. Thus, the country’s authorities are developing a framework for managing calls requests in our waters via a single portal, which is still under development.

In addition, in 2019, the municipality of Bora Bora expressed its stand on limiting the ships capacity calling in its lagoon.

After discussions with the municipality, the number of passengers cannot exceed 1,200 passengers per day. In its tourism development strategy, in accordance with that of the country for 10 years, Bora Bora shows its desire to favor small and medium-capacity vessels in order to preserve the beauty of its lagoon as well as the quality of service which has made it famous.

Repositioning of the destination around 4 axis, applicable from January 1, 2022:

– allow turnaround ships, in transpacific repositioning, up to 2,500 passengers (capacity of the future Papeete cruise terminal);

– for transpacific cruises, limit the ships capacity calling in our waters to 3,500 passengers. Indeed, calls of larger capacity ships put stress on maritime infrastructure, services (transport and activities) as well as on the environment, especially in remote islands. Tahiti, Moorea and Raiatea will be the preferred islands call for these large capacity ships;

– refusal of stopovers by very large capacity ships (over 3500 pax). Both in terms of capacity and size, they are not suited for our destination.

This positioning is the result of a shared vision of sustainable and inclusive development integrated into the 2021-2023 recovery plan for French Polynesia as well as in the tourism development strategy, “Fari’ira’a Manihini 2025”.

Aware of the strategic location of French Polynesia, in particular the Port of Papeete on the transpacific route, exemptions may be granted, exceptionally, to vessels of higher capacity in technical transit on the islands of Tahiti, Moorea and Raiatea. These three islands can provide a call service with suitable infrastructure.