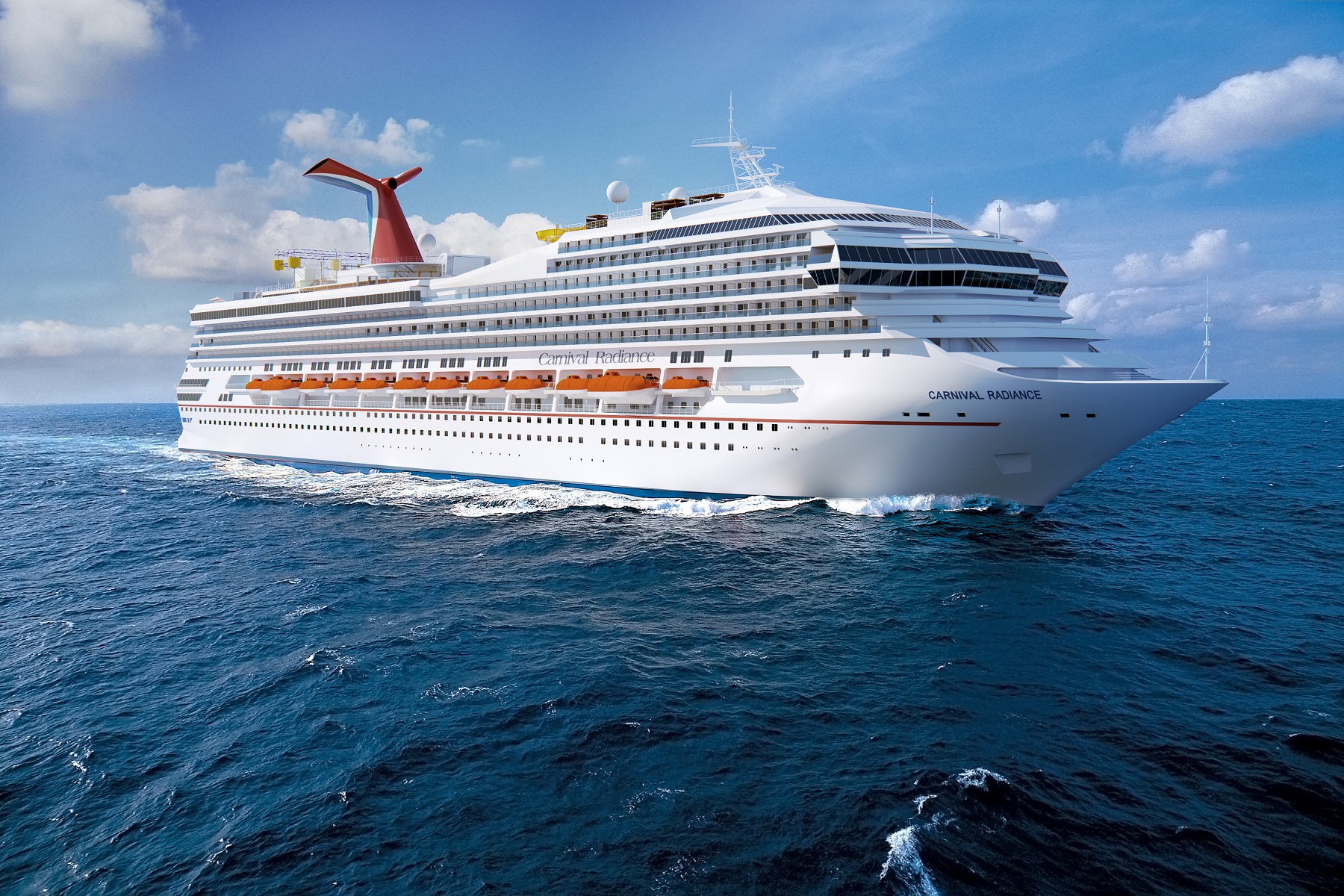 Carnival Cruise Line announced today that it has officially changed the name of Carnival Victory to Carnival Radiance, which is in the final stages of a $200 million bow-to-stern makeover in Cadiz, Spain.

The third in the line’s Sunshine-class series, Carnival Radiance is scheduled to depart Cadiz, Spain, on Oct. 18 starting a seven-week journey to her eventual homeport in Long Beach, Calif., with stops in Miami and a transit of the Panama Canal along the way.

On Dec. 13, Carnival Radiance makes her Southern California debut, kicking off a year-round schedule of three- and four-day cruises to Baja Mexico from the Long Beach Cruise Terminal. On this route, three-day cruises depart Fridays and visit Ensenada, Mexico, while four-day cruises sail on Mondays calling at Ensenada and Catalina Island.

From new dining choices such as the Cucina del Capitano to expanded entertainment venues like the multi-purpose Liquid Lounge and one of the largest and most luxurious Cloud 9 Spas at sea, Carnival Radiance will offer an abundance of ways for guests to Choose Fun from the West Coast.

“The transformation of Carnival Victory has been in the works for quite some time but we’re delighted that she can now be officially be called Carnival Radiance — the newest member of our fleet,” said Christine Duffy, president of Carnival Cruise Line. “Carnival Radiance features all of our most popular spaces and provides a truly unique and exciting vacation option for the Southern California short cruise market.”

A traditional naming ceremony will be held once Carnival Radiance arrives in Long Beach. Additional details will be announced in the near future.

Carnival Radiance joins Carnival Miracle which will reposition to Long Beach Sept. 27 to operate short cruises to Mexico, as well as Carnival Panorama sailing week-long voyages to the Mexican Riviera.