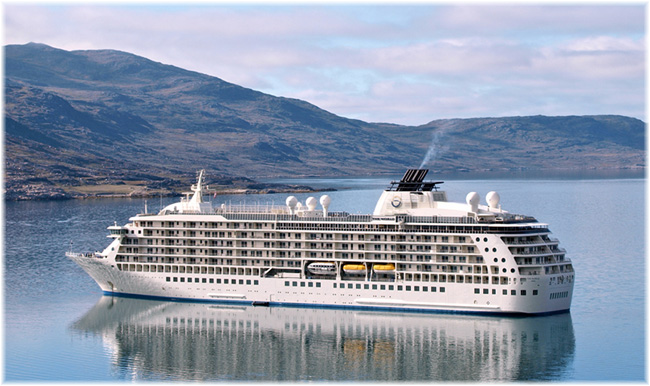 Mr. Wolber was most recently the CEO of Crystal Cruises. He succeeds Ms. Pamela Conover who is retiring after serving as CEO for The World since March 2015.

“We are very fortunate to have recruited such an accomplished senior executive to serve as our next CEO,” said Craig R. Smith, M.D., Chairman of the Board of Directors of TWRH. “He is highly respected in the cruise industry for his leadership at Disney Cruise Line and Crystal Cruises. He brings a highly effective management style, a wealth of technical knowledge, and a keen appreciation of luxury hospitality standards to the task of operating our Ship and leading our community.”

“I am honored to join the team at The World as its next CEO. Both the Shoreside and Shipboard teams have done an outstanding job of serving the Resident community and operating under Pam Conover’s leadership,” said Mr. Wolber. “The Residents are from over 20 countries and have a love of adventure. They have a deep interest in the cultures and natural wonders of the destinations they visit and are committed to continuous improvement of the exceptional quality of the Ship. Most importantly, the safety and security of the Ship and all who sail on her are paramount. These are values and perspectives I greatly admire.”

Mr. Wolber has had a distinguished career in the hospitality and cruise industries. He received his bachelor’s degree in tourism economics from Breda University in 1986 and then began a career in the hospitality industry. In 1989 he joined Euro Disney and remained associated with The Walt Disney Company for 28 years. In 2004 Tom began a 9-year assignment as Senior Vice President and COO of Disney Cruise Line. In this capacity Tom oversaw a fleet of 4 ships with 4,600 crew and a guest capacity of 13,500. He was responsible for all shoreside and shipboard departments. He directed the design and delivery of two new ships and oversaw the operations of the Disney private island, Castaway Cay, in the Bahamas. In 2014 he returned to Euro Disney as President and CEO for two years. In 2016 he returned to the Disney Cruise line as COO, executed the largest dry dock in Disney Cruise Lines history, and directed a major fleet expansion program. In 2017 Genting Hong Kong Ltd. recruited him to become the President and CEO of Crystal Cruises. Over the next three years he greatly improved luxury service while increasing profitability, oversaw the re-design of Crystal Serenity, oversaw the launch of 4 river cruise vessels and the development of the Endeavor luxury expedition yacht. He led the difficult initial phase of Crystal’s COVID-19 response plan. In September of 2020 Tom made the decision to leave Crystal and spent the last year consulting and advising various businesses in the maritime industry.

The World® is the largest privately owned, residential yacht on earth with 165 luxury Residences. A diverse group of Residents from 20 countries own the homes on board and share interests in world cultures, history, and adventure, and exploring fascinating destinations. They circumnavigate the globe every two to three years following an extraordinary itinerary that they select. In-depth expeditions and one-of-a-kind experiences are complemented by world-class amenities and impeccable service. This private community at sea offers the ultimate combination of luxurious and enriching travel with world-class amenities and facilities. These include impeccable culinary mastery in six restaurants, exceptional golf facilities with onboard putting greens, a state-of-the-art golf simulator and resident pro, the only full-size, regulation tennis court at sea, swimming pools, a spa, a fitness center complete with personal trainers, expert destination lecturers, library, cinema, hobby and games rooms, and more.