Port of Tallinn’s year in review: achievements and important events 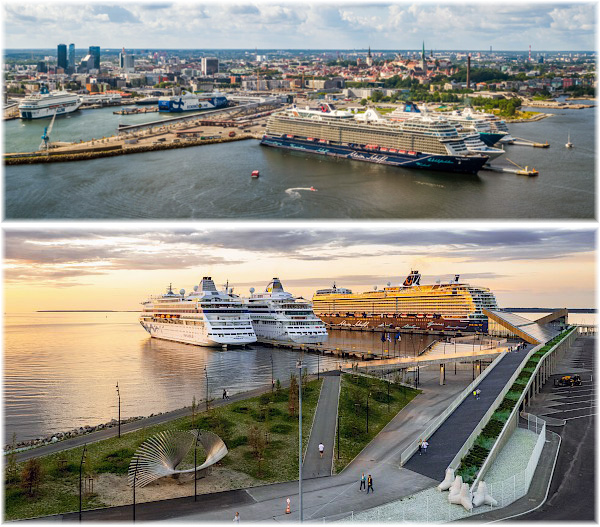 Reopening of the Tallinn-Stockholm route
The Covid-19 crisis that began in 2020 closed many connections with Tallinn, including daily cruises to Stockholm. However, the summer of 2021 brought relief to the crisis, and at the beginning of July the Tallinn-Stockholm route was reopened. In six months, nearly 200,000 passengers have already travelled between the two capitals.

Port of Tallinn opened a new cruise terminal and promenade
In July a new smart and green cruise terminal and a 850-meter-long rooftop promenade were opened in Tallinn. The Port of Tallinn took numerous steps during construction to ensure the environmental sustainability of the new terminal. Energy requirements come from solar panels tailored to suit the Nordic climate, and the facility is heated by sea power using a heat pump. These decisions allow the facility to also operate outside the cruise season – hosting events, concerts, and conferences. The new terminal makes the capital of Estonia and all the city has to offer more accessible – the aim is that all tourists leave with a safe and unforgettable travel experience and that cruise lines are able to reduce their environmental footprint by using environmentally friendly port facilities.

The nearly kilometer-long rooftop promenade, which connects the seafront with the Cultural Kilometer, has opened up the harbour area for the leisure time of citizens of Tallinn. The promenade has plenty of seating areas, an Ocean 11 restaurant, a children’s playground and exercise area.