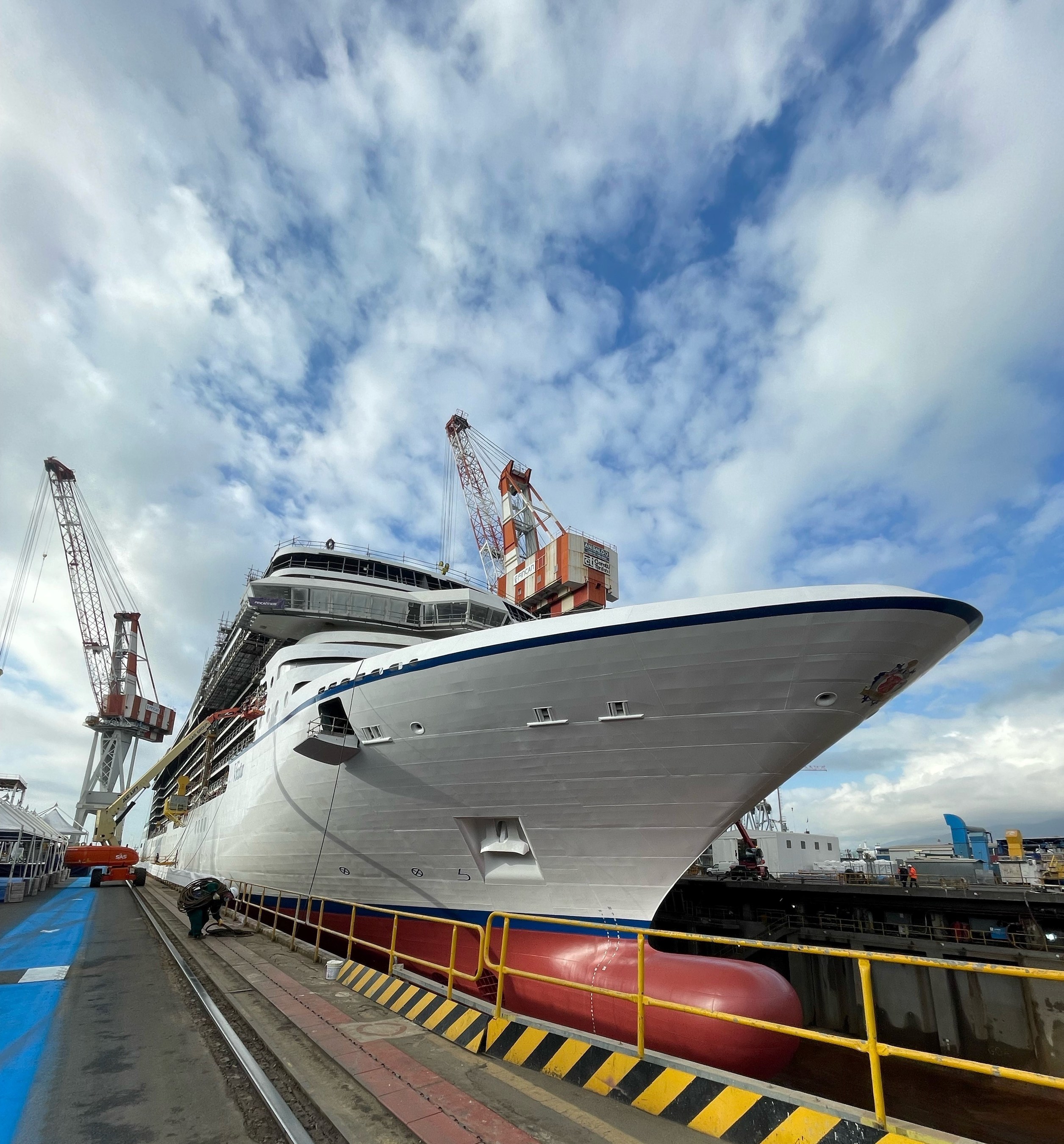 Oceania Cruises celebrated the float out of its new 67,000-ton, 1,200-guest “Vista” on February 25th at the Fincantieri shipyard in Sestri Ponente, Italy, bordering the famed seaport of Genoa.

Shortly after the ceremony, held in full compliance with current health regulations, the massive building dock began filling with water and Vista became one with the sea for the very first time.

Presiding over the ceremony were Giuseppe Torrente, Shipyard Director for Fincantieri; and His Excellency Monsignor Tasca, Archbishop of Genoa. After the blessing of the ship, the shipyard’s Madrina, Miss Anna Trucco, released a bottle of Prosecco against the hull to invite good fortune for the ship and all those that will sail on her.

“Vista is Oceania Cruises’ most anticipated ship in the history of our company, and I am thrilled to be here with our partners from Fincantieri as the ship morphs from blueprints and steel into reality. Vista is truly a ship of dreams, and we cannot wait to welcome her inaugural season guests next year,” stated Howard Sherman, President and CEO of Oceania Cruises.

Luigi Matarazzo, General Manager of the Merchant Ships Division of Fincantieri, stated: “Ten years have passed since we delivered Riviera to our friends at Oceania Cruises, from the same Sestri shipyard. The launch of this new ship therefore represents an important milestone not only of her construction, but also in the consolidation of the relationship with the shipping company. I am sure that Vista will give life to a new class of ships that will stand out for its refinement and technological advances.”

Vista will sail her maiden voyage from Rome to Barcelona on April 14, 2023, followed by twelve additional European voyages prior to commencing sailings from the United States to the Canadian Maritimes and New England, the Panama Canal, and the Caribbean.