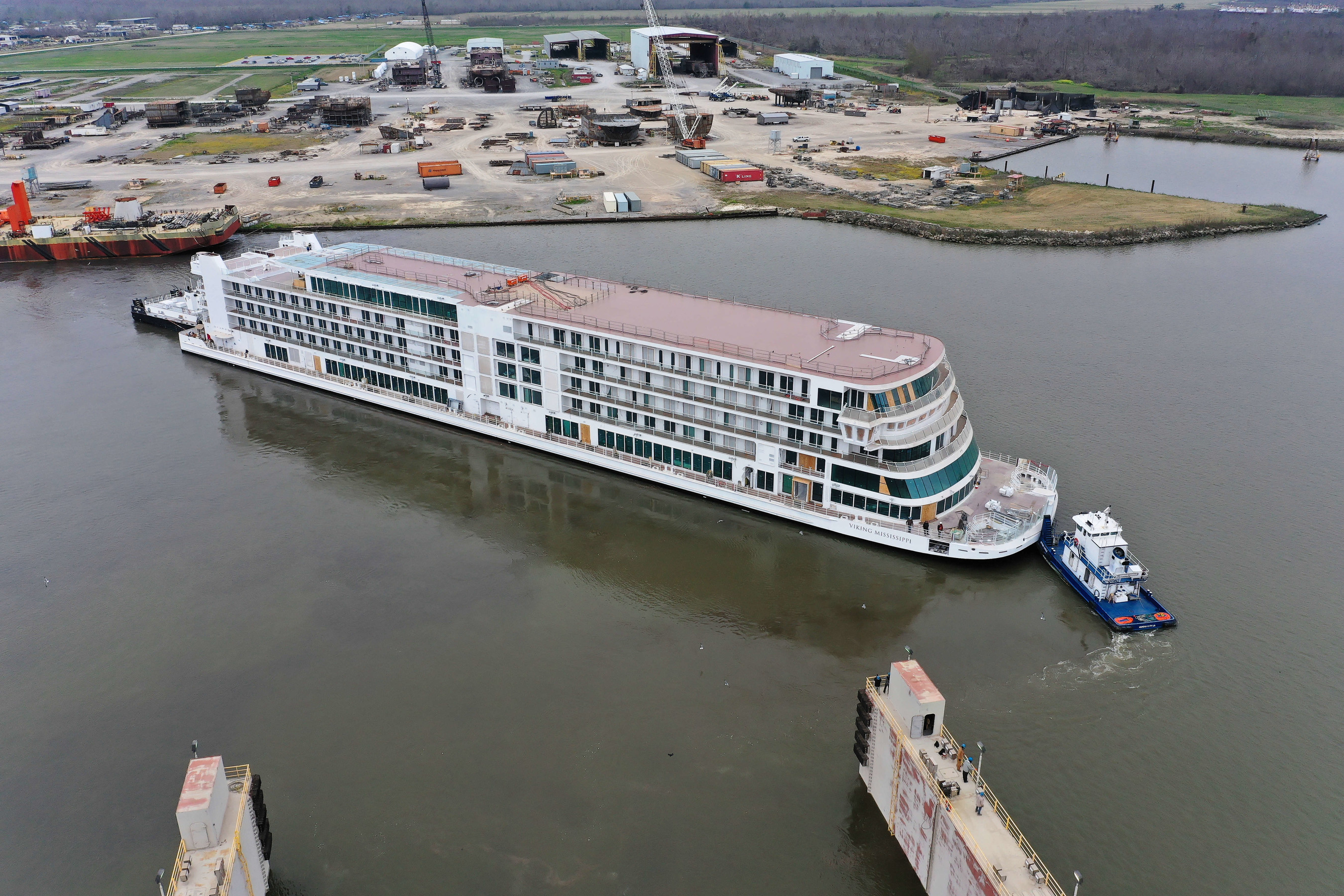 Viking celebrated today ( March 7, 2022) that the new 386-guest Viking Mississippi® was “floated out” in Louisiana, marking a major construction milestone and the first time the ship has touched water.

Set to debut in June 2022, the Viking Mississippi will sail Viking’s highly-anticipated voyages on the Lower and Upper Mississippi River, between New Orleans and St. Paul.

“It is a proud moment that this new ship has met an American waterway for the first time,” said Torstein Hagen, Chairman of Viking. “Our guests have long wanted to sail the Mississippi River with Viking, and we very much look forward to welcoming them on board this summer. We are grateful to our American partner, Edison Chouest Offshore, who has helped bring to life our vision of exploring the Mississippi in the ‘Viking way.'”

The traditional float out took place at Edison Chouest Offshore’s LaShip shipyard in Houma, Louisiana and is significant because it denotes a ship moving into its final stage of construction. In keeping with maritime tradition, the ship’s ceremonial godmother, Dionne Chouest, General Counsel of Edison Chouest Offshore, assisted with the float out.

Viking’s arrival to the Mississippi will represent a major commitment to tourism and economic development in many communities along the river, with the new voyages expected to bring more than 7,500 guests to the region in 2022 and 17,600+ during the first full sailing season in 2023.

Hosting 386 guests in 193 all outside staterooms, the new state-of-the-art Viking Mississippi is inspired by Viking’s award-winning river and ocean ships and will feature elegant Scandinavian design, as well as public spaces that are familiar to guests but reimagined for Mississippi River voyages. Purpose-built for the Mississippi, the five-deck ship’s cutting-edge design, expansive windows and comfortable amenities will make it the largest and most modern ship in the region.