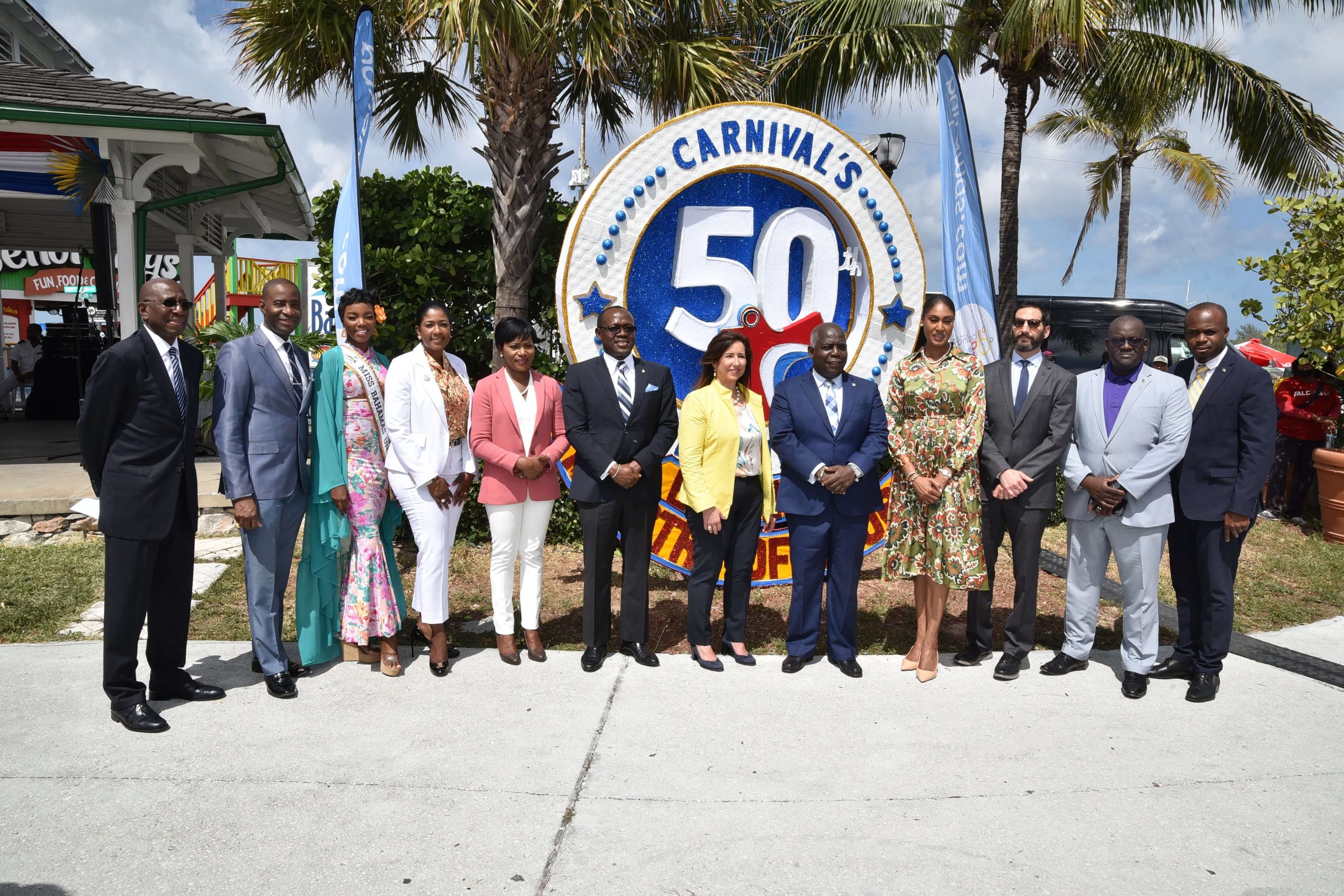 As Carnival continues its year-long 50th birthday festivities, the company today marked 50 years of visiting one of its most popular destinations, The Bahamas, with a celebration in Nassau.

The Royal Bahamas Defense Force Marching Band kicked off the festivities held in Pompey Square, followed by performances from Bahamian singer Simmone Bowe and spoken word artist Joinel Juene. The event culminated with the cutting of a 50th birthday cake for Carnival and the upbeat sounds of a traditional Bahamian Junkanoo Band, which brought everyone to their feet.

“We are so proud of achieving five decades of partnership with The Bahamas to bring fun and joyful vacations to guests from across the globe, and we thank the Bahamian people and their government and industry leaders for their support of and collaboration with Carnival,” said Christine Duffy, president of Carnival Cruise Line. “Since the company’s founding in 1972, Carnival Cruise Line and The Bahamas have enjoyed a valuable and long-standing partnership that today sees two million guests annually arrive at five ports of call in The Bahamas, including Nassau, Freeport, Half Moon Cay, Princess Cays and Bimini.”

“Carnival, the oceans have beckoned you these 50 years and you have answered the call by providing superior service; a few firsts, including the first three- and four-day Bahamas cruises; and fun and entertainment for the entire family on your signature ships emblazoned with your unmistakable red, white and blue. Thank you for your continued partnership,” said The Honourable Philip Davis, Prime Minister of The Bahamas.

Carnival is currently working in partnership with government to finalize needed permits and approvals to develop two major projects in cooperation with the Grand Bahama Port Authority and the government of The Bahamas.

The first, a new cruise port destination primarily for Carnival Cruise Line on Grand Bahama, will represent an investment of over $200 million.

The second project, on the Bahamian island of Little San Salvador, home to Holland America Line’s award-winning Half Moon Cay port, will constitute an estimated $100 investment over time.

Both undertakings will not only bring more visitors, increased job opportunities and positive economic impact to the islands, but also an enhanced and uniquely Bahamian experience for Carnival guests. These developments will also allow Grand Bahama and Little San Salvador to welcome guests from the cruise industry’s larger ships, such as Carnival Cruise Line’s Mardi Gras, which debuted in 2021 as the line’s largest and most innovative ship and North America’s first cruise ship powered by liquefied natural gas (LNG), and Carnival Celebration, which will be unveiled later this year.

Over the years, Carnival has maintained a strong commitment to supporting the Bahamian community through hurricane relief efforts and initiatives such as Scholarships for Cadets.

Carnival is sailing from all its year-round homeports, and its entire fleet will be back in service by this summer, completing an impressive and successful restart of its guest operations and setting the pace for the rest of the U.S. cruise industry. Carnival started its operations with one ship from PortMiami in 1972 and has since grown into the world’s most popular cruise line with a total of 23 ships carrying more than six million guests annually and employing more than 40,000 team members from 120 nationalities.