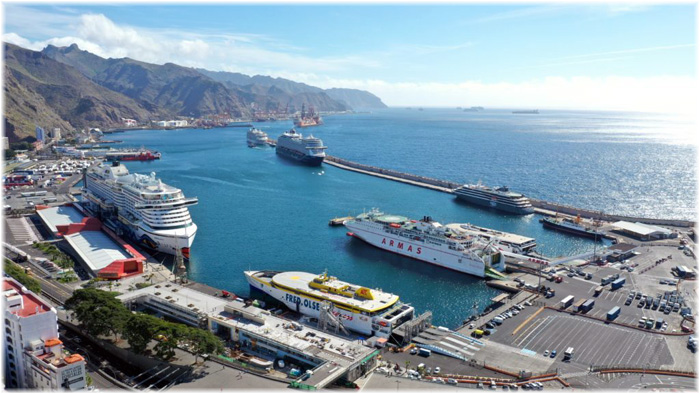 The Port of Santa Cruz de Tenerife will become the homeport of MSC Magnifica cruise ship from September 2022, which will offer a 12-day itinerary across different countries in the ports of Funchal, Malaga, Marseille, Genova, Tarragona and Casablanca.

The port of Santa Cruz de Tenerife will receive the MSC MAGNIFICA starting and ending the voyage in the port and the city will welcome the cruise passengers that will have the opportunity to enjoy the whole island prior and after their cruise experience.

The facilities offered by the port as well as the services for the turnaround calls are among the main reasons to choose Santa Cruz de Tenerife as a home port, as well as the amount of international air connections that Tenerife offers among its two airports.

The Port Authority of Santa Cruz de Tenerife is really committed with the cruise traffic in all ports and invests constantly in improving facilities. Moreover, all ports managed by the Port Authority as well as the local companies operating in Tenerife Ports are following the sanitary protocols according to the required measures and implementing procedures to guarantee passenger’s safety and health.

Tenerife Ports thanks MSC for choosing Tenerife for homeporting operations once more.