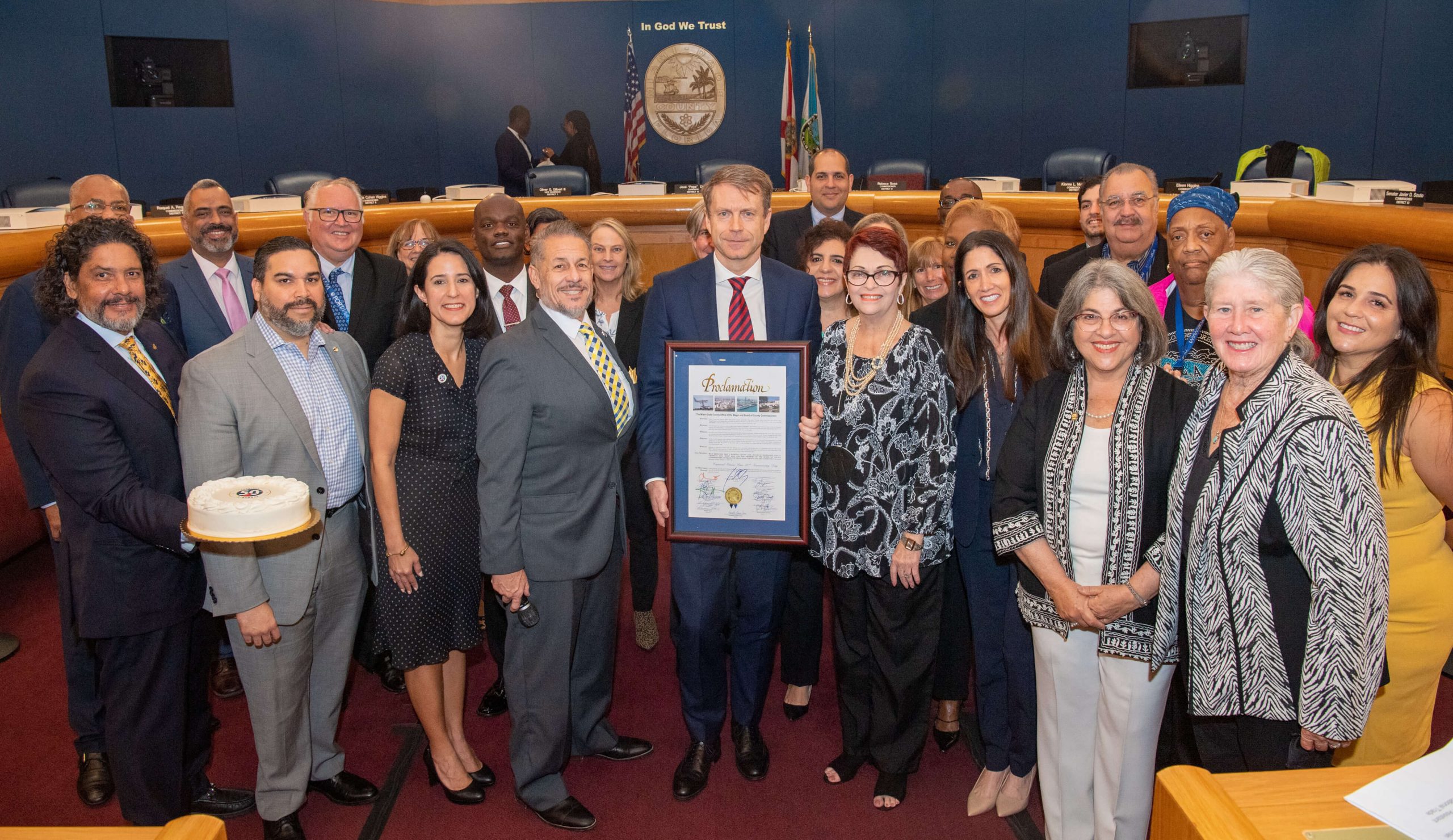 Carnival Cruise Line and Miami-Dade County have enjoyed a partnership since Carnival first set sail from PortMiami in 1972.

Carnival’s headquarters is located in Miami-Dade County, and PortMiami is Carnival’s largest port operation. Carnival’s 50-year collaboration with Miami-Dade County has resulted in significant economic development for the region, most recently the expansion of the state-of-the-art Terminal F at PortMiami. The new terminal will be among the first to be shore-power ready in 2023 and will serve as the homeport for Carnival Celebration, which will be unveiled later this year as part of Carnival’s 50th birthday festivities.

Over the last five decades, the line has grown into the largest cruise company in the world. Known as “America’s Cruise Line” and the flagship brand of Carnival Corporation, Carnival has made cruising accessible and fun for more than 90 million passengers since its inception. Each year, approximately six million passengers set sail on 23 ships from 14 U.S. homeports and call on popular destinations worldwide.