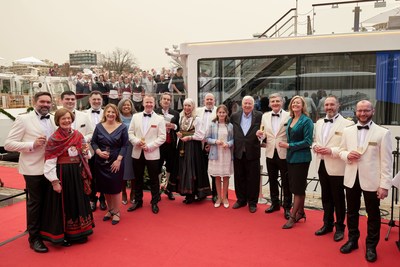 Of the eight new Viking Longships®, four ships – Viking Fjorgyn, Viking Kari, Viking Radgrid and Viking Skaga – are built specifically to navigate the Seine River and bring guests to the heart of Paris with an exclusive docking location at Port de Grenelle, just a short walk from the Eiffel Tower.

The naming of the new river ships comes as Viking continues its 25th anniversary and a year of multiple milestones.

In January 2022, the company launched Viking Expeditions and its first Polar Class vessel, the Viking Octantis®. By the end of the year, Viking will have also welcomed a second identical expedition ship, as well as two new identical ocean ships, new purpose-built vessels for the Nile and Mekong rivers and new Mississippi River voyages.