The high season of cruise traffic starts in the Port of Málaga. The destination will receive 96 calls from April to June 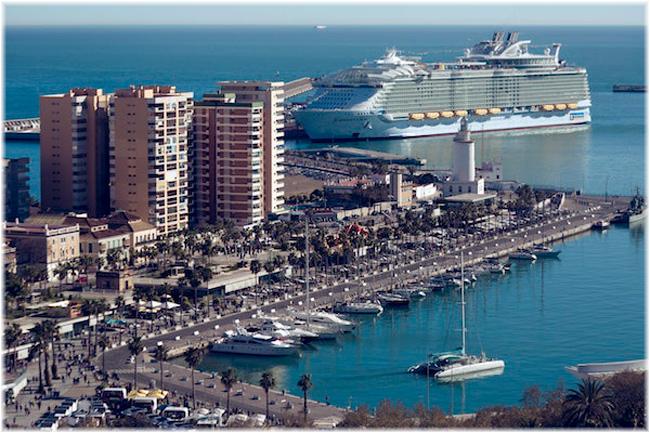 One of the high seasons for cruise tourism in the Port of Málaga begins: it is Spring. The port expects to receive a total of 96 calls from April to June, consolidating the figures before the pandemic.

This will not be the case for the flow of passengers due to the measures adopted by the shipping lines, although it is expected that the total reactivation will take place throughout the year.

Málaga is homeport for luxury and premium tourism

The luxury and premium cruise traffic, which has improved in the Port considerably in recent years, maintains its figures during this season. Most of the 8 homeport calls that are expected between the months of April and June belongs to this exclusive companies, such as Star Clippers and Silver Seas Cruises, mainly.

A total of 19 cruise ships will visit the Port of Málaga for the first time during the spring, exceeding the number of this type of calls in relation to the same period in 2019.

One of the highlights will be the first call of ‘Wonder of the Seas’. The company Royal Caribbean International chooses Málaga as the first European port of call, coming from the Caribbean, before positioning itself in the Mediterranean. The scheduled date will be April 30th.

Other companies already traditional in the port, such as Norwegian Cruise Line, Carnival and AIDA Cruises, among others, will arrive for the first time at Málaga.

For the first time since 2019, five cruise ships are expected to coincide in the Port of Málaga on April 28th, all of them belonging to exclusive cruise companies.

A peculiarity of these five calls is that three ships of the Companie du Ponant will berth in the port on the same day.

This postcard could be repeated again in the Autumn season, in which the coincidence of 5 ships is expected for several days.