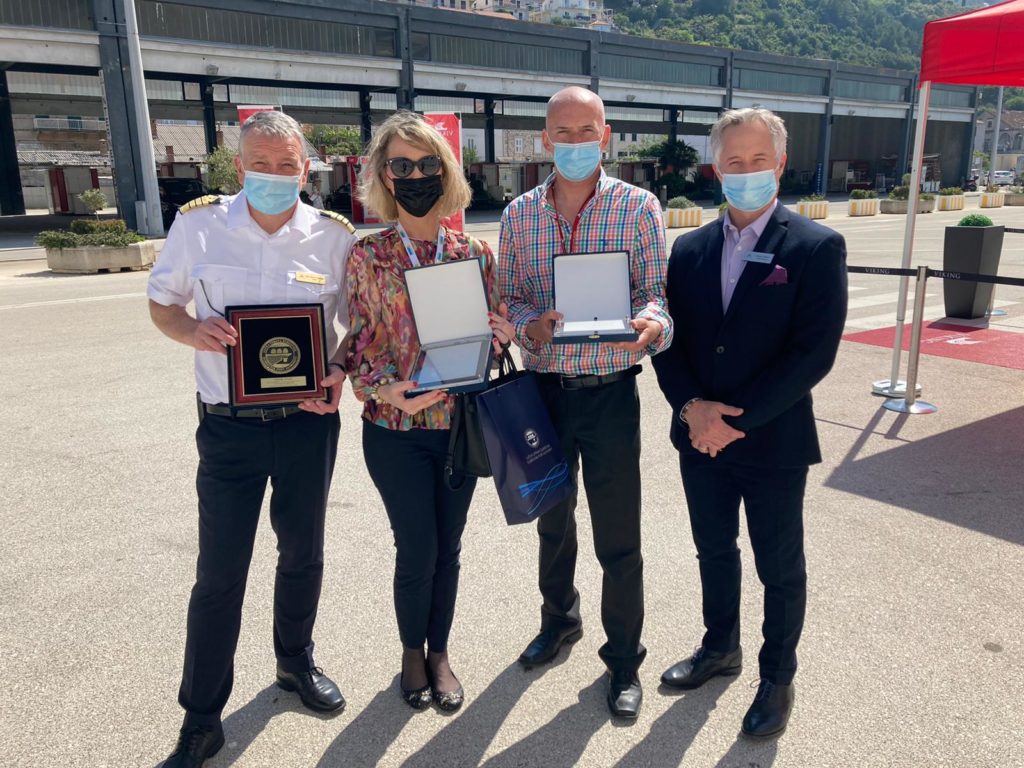 The newbuild cruise ship was welcomed by the representatives of Dubrovnik Port Authority and Jadroagent Port Agency, who exchanged plaques with Captain Atle Knutsen, wishing all passengers and crew a warm welcome on this turnaround call to Dubrovnik and calm sea on their voyage.

Viking Mars will now journey on La Valletta, Malta, where the official naming ceremony will take place on 17 May, Norwegian Constitution Day and spend its maiden season sailing in the Mediterranean and Northern Europe before embarking on voyages in Asia and Australia.

Viking Mars is the eighth in a series of ten identical ocean cruise vessels built by Fincantieri for Viking Cruises in 2022. Like the sisterships in Viking Cruises series, Viking Mars has a length of 227 m, GT tonnage 47,842 tons, max passenger capacity 930 and 465 crew members.