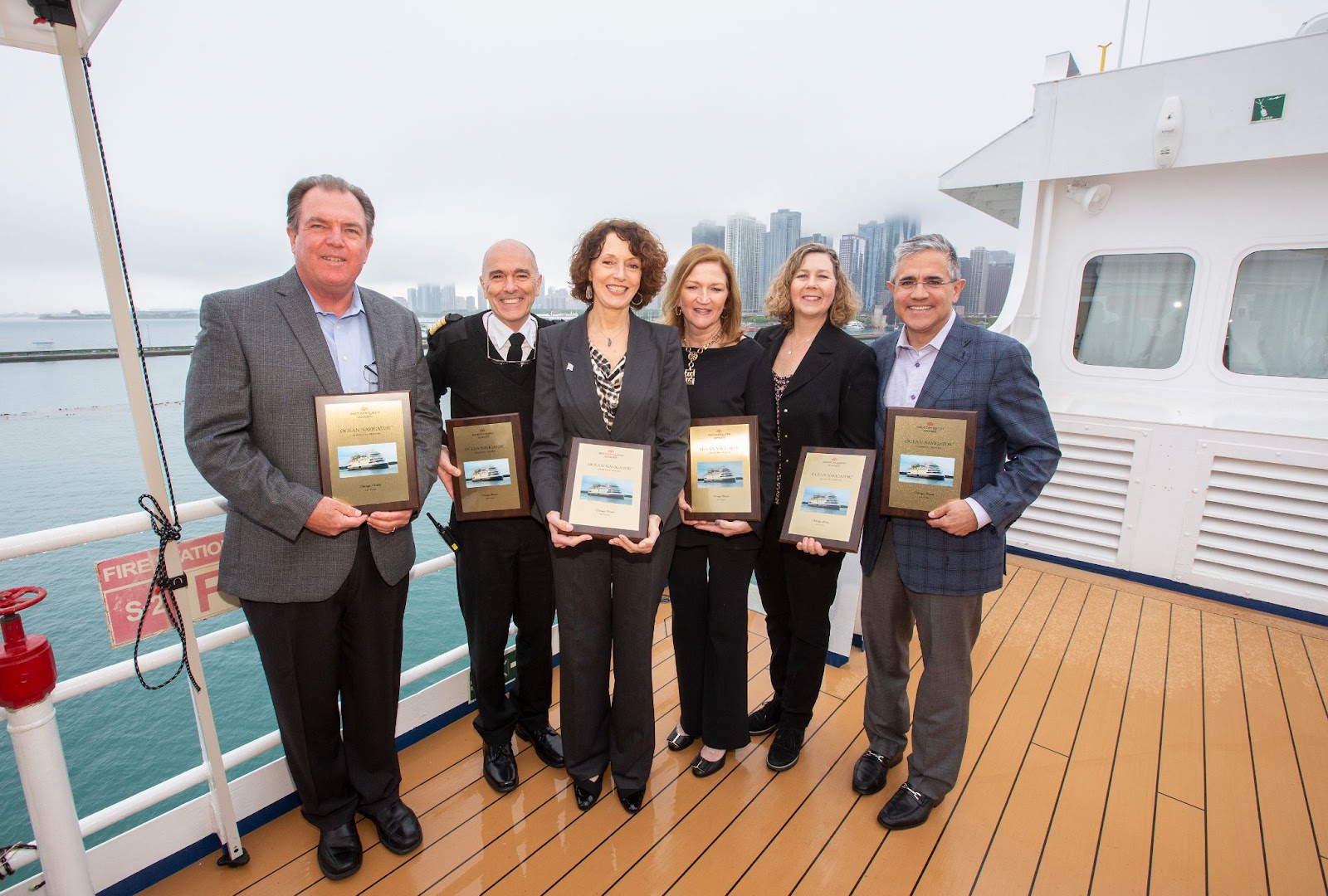 Through an exclusive partnership with sister company City Experiences, American Queen Voyages is the only overnight cruise line to dock at the downtown Chicago destination. Sister ship Ocean Voyager™, will also call on Chicago’s Navy Pier for the first time on June 8, as the two boutique coastal ships offer unique Lakes & Oceans experiences designed to navigate the locks of the St. Lawrence Seaway and all five Great Lakes.

“Today, we celebrate the arrival of American Queen Voyages’ Ocean Navigator and Chicago as a cruise destination,” said Lynn Osmond, chief executive officer, Choose Chicago. “Chicago’s tourism industry plays a large role contributing to the vibrancy of the city, and we are thrilled to have partners like American Queen Voyages who offer extraordinary experiences for our locals and tourists alike.”

“Travelers are ready to make up for lost time and are eager to deeply discover North America now – and Chicago is a stunning backdrop to embark on that journey,” shared Isis Ruiz, chief commercial officer, American Queen Voyages. “Ocean Navigator’s arrival at Navy Pier is a fitting way to celebrate tourism in Chicago, exploring the city’s bounty of culture and history. We look forward to an exciting season showcasing the many treasures across the Great Lakes.”

All cruises include a pre-cruise hotel night and in Chicago offer an optional of the iconic architecture tour from the water. In addition, guests sailing on the fall Great Lakes itineraries will enjoy overnight excursions in several city ports for the first time including Toronto and Mackinac Island on American Queen Voyages.

American Queen Voyages is celebrating its 10th anniversary in 2022 as the leader in encounter travel, offering a comprehensive portfolio of North American itineraries comprised of Rivers, Lakes & Oceans and Expedition experiences.