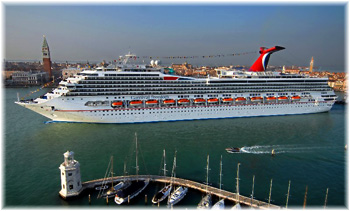 Carnival Cruise Line has canceled voyages and redeployed one of its ships temporarily following a fire that broke out in the funnel of Carnival Freedom on Thursday while the vessel was alongside in Grand Turk.

The fire — which was limited to the ship’s funnel — resulted in damage that will necessitate time in drydock to repair. All 2,504 passengers and 972 crew are safe and accounted for.

In order to repatriate passengers aboard Carnival Freedom, Carnival has canceled the May 27 voyage of sister-ship Carnival Conquest.