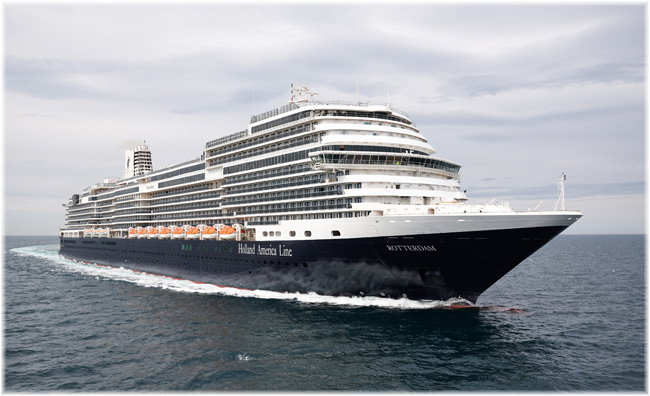 Holland America Line’s flagship Rotterdam received the royal treatment in a ceremony rich with Dutch heritage May 30, 2022, in Rotterdam, the Netherlands.

Her Royal Highness Princess Margriet of the Netherlands served as godmother and officially named the ship in front of invited dignitaries and guests.

Upon arrival, Princess Margriet was welcomed at the gangway with a traditional floral bouquet presented by seven-year-old Nora van Dijk, daughter of Nathalie van Dijk, who has been with Holland America Line for 15 years, most recently as a business development representative in sales in the Rotterdam office.