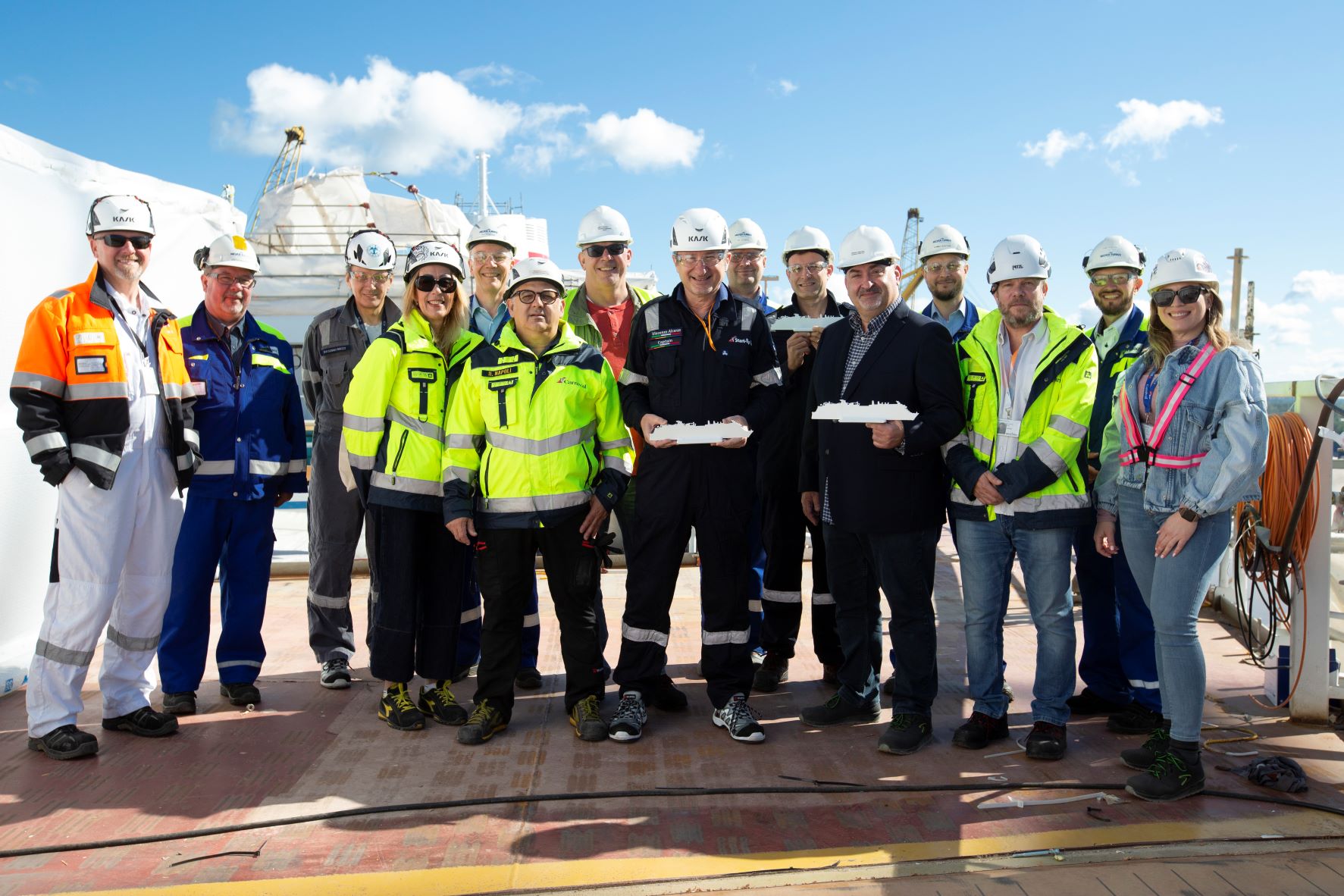 Marking another milestone toward the completion of Carnival Celebration, the second of Carnival Cruise Line’s new Liquefied Natural Gas (LNG)-powered ships, a coin ceremony was held today at the Meyer Turku shipyard in Finland.

The coin ceremony is a centuries-old custom in shipbuilding, symbolizing good fortune for the ship and its crew.

Carnival Celebration’s Captain Vincenzo Alcaras, Chief Engineer Fabien Gervaise, Hotel Director Pierre Camilleri and members of Carnival’s New Build team joined representatives from Meyer Turku to help weld a special box containing coins, which had been temporarily placed under the ship’s keel at the start of construction, to a permanent position near the mast of the ship.

Carnival Celebration will begin service in early November with a 14-day transatlantic voyage from London (Southampton) to its homeport of PortMiami. Her arrival will continue the celebration of Carnival Cruise Line’s 50th birthday. The ship will debut along with Carnival’s redesigned Terminal F at PortMiami, which will be among the first terminals to be shore-power ready in 2023.

Carnival Celebration is the sister ship to Mardi Gras, which entered service last year as the first ship in North America to run on an LNG propulsion system. Carnival Corp. pioneered the introduction of LNG fuel in the passenger cruise sector as part of the company’s ongoing commitment to sustainability and emissions reduction.

Carnival Celebration, Mardi Gras and Carnival Jubilee, which is also under construction and set to enter service next year, are part of the cruise line’s new Excel-class. Each Excel ship features six fun-filled zones and includes the award-winning BOLT roller coaster, a three-deck atrium and newly designed suites and staterooms.