“Star Trek: The Cruise VI” To Explore New Worlds And New Civilizations As It Sails From Los Angeles For The First Time 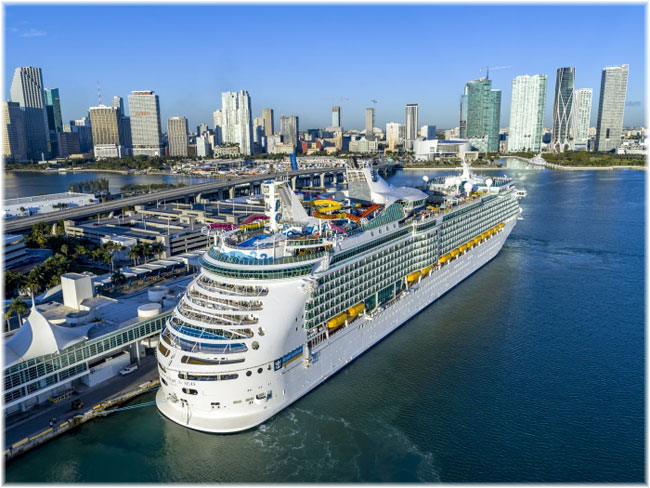 Star Trek: The Cruise and its crew will carry on Star Trek’s storied mission to explore new worlds, seek out new life and new civilizations when the voyage sails from Los Angeles for the very first time next year.

Led by Kate Mulgrew, more than 20 stars from across the franchise’s film and television cannon will journey to Cabo San Lucas, Mazatlan and Puerto Vallarta from February 24 through March 3, 2023 aboard Royal Caribbean’s Navigator of the Seas.

The cruise will also mark the 30th anniversary of “Deep Space Nine” by bringing multiple cast members from the series onboard for special events and celebrations throughout the week. This immersive experience for fans will feature Star Trek-themed shows, events, activities, and parties every day and night, along with extraordinary performances by the iconic stars and opportunities to interact with them like nowhere else in the universe.

“I am looking forward to Star Trek: The Cruise next year,” said Mulgrew. “There is nothing like it in any universe. From the ship, which is transformed into a Trek wonderland, to the Trek family of my fellow actors and the greatest fans in the galaxy, it will be an experience to remember.”

“We just returned from our sold-out 2022 sailing, and it exceeded everyone’s expectations,” adds, Greg Laubach, Executive Director, Business Development at Entertainment Cruise Productions. “Next year’s cruise will be even more exciting, as we sail a new ocean and celebrate the beloved ‘Deep Space Nine’ series.”

Under license by Paramount Consumer Products, Star Trek: The Cruise’s weeklong Caribbean voyage offers unprecedented engagement with favorite Star Trek celebrities – more than any other event in the universe – including the following immersive experiences:

Cabin prices start at $1,760 per person, which includes admission to all performances, interviews, parties and meals.