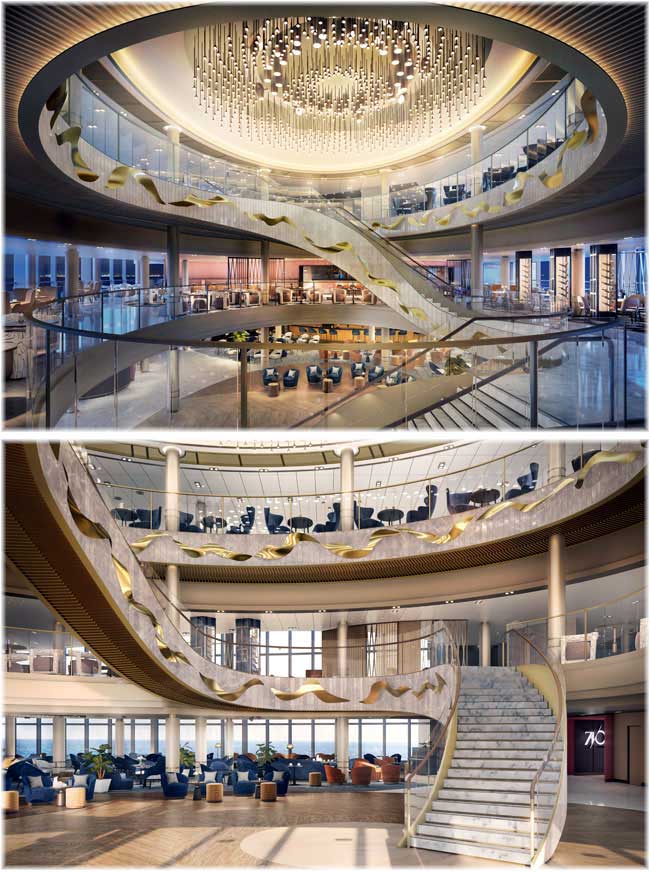 Created exclusively for P&O Cruises and hosted in The Headliner’s Theatre, WaveLength will give guests the opportunity to find out how well they know each other as they try to match their partner’s answers.

“Having hosted many game shows on TV, I’m excited to have partnered with P&O Cruises in evolving this prime time style TV game show into a live, interactive theatre experience. Developed with Triple Brew, who have created shows like The Million Pound Cube and Lingo, WaveLength is designed to be both entertaining and challenging.

“I can’t wait for guests to enjoy playing along with myself and my on-board co-host, competing to see if they truly are on the same ‘WaveLength’, and trying to outsmart me in Beat Ben!”

Also new to P&O Cruises on board Arvia:

Arvia is the only place in the world where guests will be able to watch the stage musical, Greatest Days – The Official Take That Musical. Greatest Days is an adaptation of the acclaimed West End musical The Band, which features the songs of Take That and is a beautiful story by Olivier Award-winning writer Tim Firth. It will be brought to life on stage by an amazing cast from our Headliners Theatre Company.

Situated at the very top of Arvia, families will be able to enjoy the new aqua zone at Splash Valley, where plenty of shade and sprinklers will make it the perfect place on a hot day with fantastic views.

Set 54m above the ocean, Altitude Skywalk is P&O Cruises first ever high-ropes experience and will offer guests a series of rope walks with different routes to suit all levels.

Altitude Minigolf will be the new, tropical island-themed minigolf open all day and illuminated at night. The whole family can enjoy the challenge together as they perfect their putts while dodging hippos, water hazards, and tiki huts to claim the winning title.

Exclusive to Arvia, Mission Control is a unique immersive experience. Set on board the fictional submarine Arvia II, it combines an escape game with multimedia simulation and a live-action story to create a thrilling underwater challenge. The realistic 3D surroundings will take guests to the depths of ocean canyons, where they will be able to overcome danger and solve puzzles and problems.

Other entertainment highlights on Arvia include:

The 710 Club on Arvia is a sophisticated bar crafted to Music Director Gary Barlow’s creative vision. Atmospheric and low-lit, The 710 Club offers live music from resident band The 710s with an unmistakably vintage vibe and stylish cocktails.

P&O Cruises has partnered with Aardman to offer children a range of Wallace & Gromit and Shaun the Sheep themed activities. Children will be able to join in a themed dance class or craft workshop such as making their own Gromit ears or can sit back and enjoy film premieres or Wallace & Gromit’s brand-new show, All Hands on Deck!