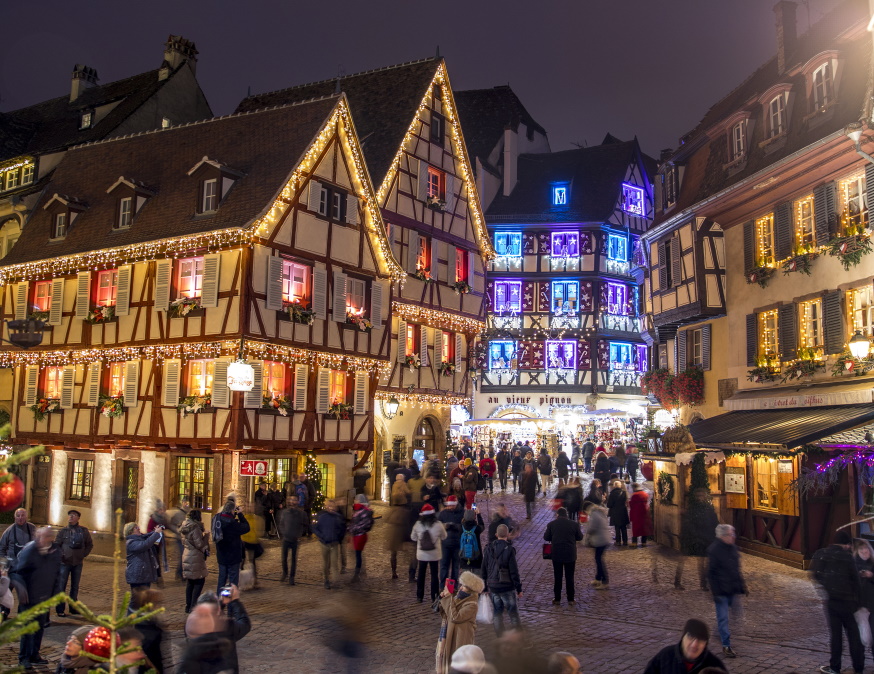 European Waterways has announced the launch of the company’s new Christmas market cruises in the Alsace and Lorraine region of France, where the old-world traditions of Europe’s colorful Christmas markets can be found in full swing during the holiday seasons.

Available on the 12-passenger luxury hotel barge Panache, the six-night, all-inclusive cruises immerse guests in the annual holiday celebrations that have captivated visitors worldwide for centuries.

Reservations are now being accepted for the cruises, which depart November 26, December 3, and December 10, 2023. Cabins are $7,490 per person, based on double occupancy. The full boat can also be chartered for $79,500 for any of the departure dates.

“Christmas market cruises capture the true spirit of the holiday season, introducing travelers to Alsace and Lorraine at their most festive,” said Derek Banks, managing director of European Waterways. “The cruises will take our guests back to the most magical time of their childhood, when the spirit of Christmas was truly everywhere.”

Sitting at the border of Germany, with architecture and culture blending German and French influences, Alsace & Lorraine lights up the evening sky during the holidays with Christmas traditions going back more than five centuries. The capital of Alsace – and also known as “the capital of Christmas” – Strasbourg welcomes more than two million visitors every year at this time.

They are witnesses to streets illuminated by shimmering multicolor lights and vendors selling holiday decorations as part of the city’s iconic Christkindelsmärik. European Waterways guests will explore its renowned Christmas markets, the oldest in France and featuring more than 300 wooden chalets, spread throughout different squares in the city. Guests will also visit the Musée du Chocolat to watch seasonal candy being made. They can wander through Place Gutenberg and la Petite France (little France) with its cobbled streets, boutique shops and quaint little cafes, after which they’ll be treated to a gastronomic dinner at a traditional Alsatian restaurant.

Known for its half-timbered houses, flower-laden windowsills and winding, cobblestone streets, Colmar seems to rise straight out of a child’s fairytale during the holidays, with white Christmas trees decorating every corner. European Waterways guests will visit the famous six Christmas markets that ring the town center. Also on the itinerary is a visit to the Christmas market of Haguenau, renowned for its 54-foot-long nativity scene.

In the city of Lutzelbourg in the Lorraine region, guests will visit the Meisenthal Glass Bauble factory, the original birthplace of the iconic Christmas decoration, to watch the glass blowers in action. They can also stop by the Musée Lalique to see the remarkable glassware collection of French jeweler René Jules Lalique, whose extensive creations of glass art was a major influence on the Art Nouveau and Art Deco movements.