The UK cruise industry is now worth €3.26 billion (£2.58 billion) per year to the country’s economy, a new report published by CLIA Europe shows. (cruisebusiness.com)

On 22 June, CLIA Europe Director of Government Affairs Marco Digioia will attend a roundtable at the European Parliament on ‘Maritime and Coastal Tourism: Challenges and Opportunities’. END_OF_DOCUMENT_TOKEN_TO_BE_REPLACED

The cruise industry’s economic output in Europe reached €40.95 billion (£32.22 billion) in 2015, up 2% on the previous year, the same as its rate of expansion was in 2014 on the year before, CLIA Europe said in a statement. (cruisebusiness.com)

The Baltic Marine Environment Protection Commission (HELCOM) and the Cruise Lines International Association (CLIA) have jointly held a workshop on the cruise industry and the Baltic Sea. (cruisebusiness.com)

Karl J. Pojer, CEO of Hapag-Lloyd Cruises, has been appointed Chairman of the Leadership Council of the German branch of the International Cruise Lines Association (CLIA Germany). END_OF_DOCUMENT_TOKEN_TO_BE_REPLACED

Cruise Lines International Association (CLIA) said that a new three day conference targeting travel agents, the largest of its kind in Europe, will take place in Marseille in October. (cruisebusiness.com)

The first results of the CLIA Europe-MedCruise strategic partnership were revealed in Paris on November 24th. END_OF_DOCUMENT_TOKEN_TO_BE_REPLACED

The cruise industry’s economic output in Europe reached a new record of €40.2 billion in 2014, up 2.2% on the previous year, but representing a sharp reduction from the 4.0% growth rate in 2013 on 2012, figures releaed by CLIA Europe, the industry’s ceiling organisation showed.

MedCruise continues its commitment with the European travel agent community creating a first step for a successful travel agent platform. 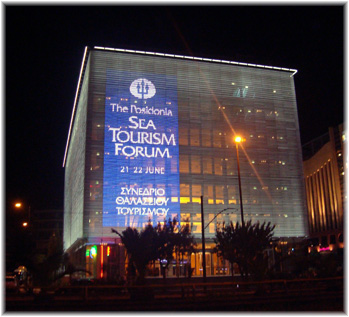 The Eastern Mediterranean is gearing to increase its share of the cruise sector’s €40 billion annual contribution to Europe’s economy. (cruisebusiness.com)